Here is the back of the photo that appears on page 122 of our book, listing the names and titles of the men in the photo.

Ross McIntire utilized the "creme de la creme" of the medical and scientific community on his many panels. Walter Dandy, for instance, was one of the world's leading neurosurgeons (though Winchell McKendree Craig, then at Bethesda and longtime chairman of Neurosurgery at the Mayo Clinic, was FDR's neurosurgeon). One of the members of another of these special commissions was William Calhoun "Pete" Stirling.
You can see that this photo is dated from 1942, long before Lahey allegedly first examined FDR. The real date of his first exam is unknown. Harry Goldsmith mentions a possible exam in November 1943 in his recent self-published book "Conspiracy of Silence", though there is no reason to believe that even this was the earliest time FDR saw Lahey.
The myth that McIntire was incompetent and did not use adequate expertise in treating FDR has not been adequately refuted. Ross McIntire did what he did at the behest of his commander in chief, knowingly and unselfishly sacrificing his future reputation for the sake of the duty and honor of his position.
Here's the article I (SL) wrote for Navy Medicine in his defense.
http://www.scribd.com/doc/20281239/Navy-Med-Article
Speaking of Frank Lahey, here's the letter he sent to Ross McIntire after he was hounded for information by St. Louis Post Dispatch. After FDR's death, reporter Raymond "Pete" Brandt continued to pursue information and was summarily stonewalled (see the book for more) 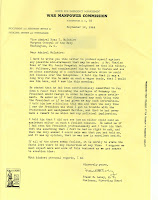 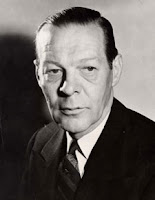