This document, an FBI report signed by J. Edgar Hoover to Steven Early, was facilitated by Hoover's right hand man, Edward Tamm and has been referred to as the Tamm Memorandum in a number of books. It probably came to light through a FOIA request by Ken Crispell and Carlos Gomez for their 1985 book. This copy came to us from Margherita Allardice, William Calhoun "Pete" Stirling's daughter. The source of much the information was probably Chicago Tribune reporter Walter Trohan, who most likey got it directly from Stirling.

Interestingly, Stirling probably became FDR's doctor thorough White House press secretary Steve Early, his bridge and golf buddy. Stirling was a racist and anti-semite. We can date his medical care of FDR to prior to September 1943 because he did not talk to his younger daughter, Mickey, for a long time afterwards because she married a Jew and her recollections of his mentioning his treatment of FDR was from before their estrangement. Early had southern roots and was a descendant of Confederate General Jubal Early.

Through this memorandum, Early learned that it was his close friend who had been the source of the rumors that triggered the "avalanche of rumors". There is no record of Stirling ever speaking about FDR again. 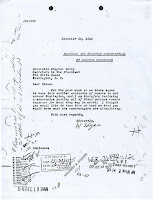 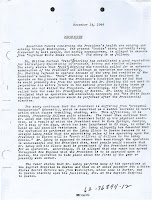 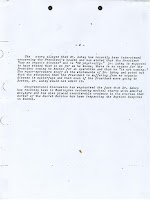